Posted by J.P. Investigative Group on Monday, February 8th, 2016 in Uncategorized
no Comment. 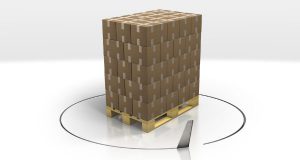 During Q1 2015, a staggering $23 million worth of cargo was reported to be stolen, with the highest amount of theft losses being recorded in California (30). Texas (27) stood second, then Georgia (24), New Jersey (24), and then Florida (20) completing the list of the top 5 states suffering from the highest amount of cargo theft.

Many states, including Texas, have legislations related to cargo theft lingering on for some time. If and when they get passed and signed, they will turn into law.

When it comes to location of theft, distribution centers and warehouses are easily on the top of the list. This is where over 23 percent of cargo thefts take place. The other locations include truck stops with 16 percent, unsecured lots with 10 percent, and parking lots with 10 percent.

When categorized according to the kind of cargo, food and beverages ranked on the top of the thefts list with 33 percent. However, it was not the costliest of categories, which was topped by electronics. Electronics accounted for over $8.19 million worth of cargo theft losses in Q1 2015, which was 13 percent of the overall losses.

With the dawn of new technology, cargo theft criminals have become more sophisticated in their crimes. These criminals have resorted to the use of counterfeit documentation and online shipping companies for winning low-bid contracts for picking cargoes from their victims. They work by conducing identity theft at shipping-company levels and then pick up the victims’ costly cargo. They conduct high-value thefts by trans-loading such merchandise into entirely different containers.

These criminals usually make use of fake identifications, imitated MC numbers, fake trailer identification numbers, even stolen trailers and license plates, and various methods for concealing the identity of which tools they used for committing the crime. In fact, the methodologies have become so advanced and complicated that they are often impossible to detect.

Cargo thefts have been adversely affecting all companies. They need to pay increasing amounts of insurance premiums for running their business. In fact, even one such incident of theft could mean costs in several millions of dollars to a company. That is without including the massive losses that follow because of list customer loyalty and loss of faith in your business practices and processes around security.

But if you contract our services, you will be demonstrating your responsibility and commitment towards increasing your security. This can help your insurance companies see how committed you are in preventing future losses.

You will have our cargo theft investigators nailing the suspects!

You will have your container recovered and the suspects behind bars!

Download The Ultimate Guide To Catching A Cheating Spouse